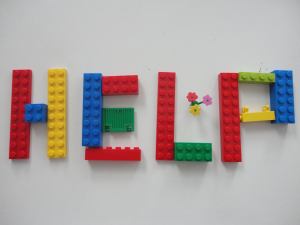 For me, the single most incredible thing that came out of the January floods in Queensland this year was the tremendous community response of kindness and compassion.

The 12th of January won’t be a date that I forget in a hurry. It marks the day our house went underwater.

However, for another Queenslander, January the 12th, 2012 will mark the anniversary of an entirely different natural disaster.

Approximately 250,000 people were killed. 300,000 buildings were leveled, 500,000 children were made orphans. And an estimated one million were left homeless or living in tent accommodation.

This Queenslander’s name is Jonas Rasmussen.  Jonas, 30, and his brother Tim run a roofing business in South-East Queensland and see what Australians send off for landfill every day via the tip.

I first became aware of Jonas when my builder stripped out the flood-damaged parts of my house and asked if he could donate these damaged materials – which included my timber doors, walls and floors – to the people of Haiti.

Initially, I thought it sounded a bit crazy to ship it halfway across the world, when people in the Lockyer Valley might be able to use it instead.  After asking around, I realised that most Australians devastated by the floods understandably don’t want flood-damaged building materials to rebuild with. So I thought sure, let’s ship it to Haiti!

At the same time, it put my own natural disaster experience into perspective.

Born in Haiti, Jonas was adopted by an Australian family when he was six, and he’s doing all he can to help his native home.  He collects any type of building material (even flood-damaged materials) such as flooring, doors, windows, toilets, hand-basins, baths, showers and roofing iron that would otherwise end up in Australian landfill. He then rents a shipping container, fills it and ships it to Haiti.

Later this year, Jonas, his wife and three children are going to relocate to Haiti so they can try and help build some accommodation for those affected.

Do you have a broken door at home sitting under the house collecting dust?  Know of a friend doing a renovation, have a friend who is a builder / tradesman or have excess timber, fittings, steel or roofing?  No matter what the condition or damage, Jonas and his team will take it and it can be used to help the people of Haiti.

Imagine taking a year out of your life and going overseas to help rebuild a community?  In addition to flights to get over there, it costs Jonas approximately $6,500 per shipping container, which he has so far covered the cost of himself.

To help Jonas please visit his website http://www.homeforhaiti.com/ and please spread the word about his project.

I love helping charities and not-for-profits. I am a fundraiser by day and a community do-gooder by night. I often get caught up in great charitable projects and fundraisers, of which I attempt to encourage (some call this spam) others to get involved - hence the name charityspam! My background is in corporate social responsibility and marketing, and I work as a fundraiser/consultant for Social Money Solutions www.socialmoney.com.au ENJOY! Please subscribe and help spread the word!
View all posts by charityspam →
This entry was posted in Community, Flood relief, GIVING, Haiti, Homelessness, KINDNESS, Pay it forward, Recycle or upcycle and tagged Haiti, help haiti, Homes for Haiti, Jonas, Jonas Rasmussen, Journey of Hope, old building materials, Rasmussen Family, recycle building materials, Sixty Minutes. Bookmark the permalink.

3 Responses to Homes for Haiti