Need a great excuse to have a beer? How about a beer that will help save our Great Barrier Reef 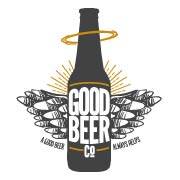 A new craft beer company has launched in Australia.  It is called The Good Beer Co.  and what they are doing is not just good, it is GREAT! Their mission is simple. Produce Good Beer that does good.

Founder of the social enterprise “The Good Beer Co.”, James Grugeon, said he wanted an easy way for Australians to support worthy causes. James has partnered with Bargara Brewing Company, in Bundaberg to produce the beer, and has pledged half of the profits of every beer sold, to charity.

“Australia is one of the most beer-loving nations on earth. Yet our beer-drinking dollars go largely to for-profit, multinational companies,” Mr Grugeon said. “This money could be going to good causes right here in Australia, and what better way to raise money for a good cause than to ask people to have a beer for it.”

The Good Beer Co. has launched a crowd-funding campaign for the production of its first drop, Great Barrier Beer, which will see at least 50 per cent of profits go to the Australian Marine Conservation Society.

Australian Marine Conservation Society CEO, Darren Kindleysides, said the organisation was thrilled to be a founding partner and the first charity beneficiary of The Good Beer Co. and hoped to see Australians join the movement to drink beer that does good.

“As a passionate environmentalist and a craft beer fan myself, this is an exciting venture. It’s such a refreshingly innovative way to raise much-needed awareness and funds for the protection of our Reef,” Mr Kindleysides said.

The Australian Marine Conservation Society have been working to protect Australia’s ocean wildlife, including Queensland’s Great Barrier Reef since 1965. It is a Queensland success story, founded by a group of marine scientists and avid bushwalkers from the University of Queensland and the CSIRO, sitting under the stars one night on a camping trip at Carnarvon Gorge. Since that day, they have accrued an impressive list of achievements including preventing mining on the Great Barrier Reef, global ban on commercial whaling, and saving Ningaloo Reef to name a few. Read more about them here.

You can back the Good Beer Co.’s crowd funding campaign right now, and help it launch!  As a supporter you will be one of the first to enjoy its easy drinking beers, and have a say in future beer recipes, labels and causes. Pledges start at just $10, and with higher donations, this is what you can get:

So what are you waiting for?  Jump online at www.thegoodbeerco.com.au and help make this beer a reality! As they say – a good beer ALWAYS helps! CHEERS!

I love helping charities and not-for-profits. I am a fundraiser by day and a community do-gooder by night. I often get caught up in great charitable projects and fundraisers, of which I attempt to encourage (some call this spam) others to get involved - hence the name charityspam! My background is in corporate social responsibility and marketing, and I work as a fundraiser/consultant for Social Money Solutions www.socialmoney.com.au ENJOY! Please subscribe and help spread the word!
View all posts by charityspam →
This entry was posted in Australian charity, Causes, Community, Environment, Queensland charity, Social Enterprise, Uncategorized and tagged Bargara Brewing Company, crowd fund beer company, Good Beer Co., Great Barrier Beer, James Grugeon, Queensland's Great Barrier Reef, The Australian Marine Conservation Society, The Good Beer Co.. Bookmark the permalink.

3 Responses to Need a great excuse to have a beer? How about a beer that will help save our Great Barrier Reef