Do you live on the Gold Coast and want to step back into an 80s disco?  Well here is your chance!  The 6th fundraising Back to the 80s singalong is on again, organised by Dominique Lummus and friends at Helensvale Library’s Auditorium,Sir John Overall Dr & Lindfield Road, Helensvale.

VJ Adam will pump up the volume and screen the very best music videos from the 80s – add disco lights and a haze machine for an 80s party to remember!

The playlist has been issued (see below) and you are encouraged to dress up as your favourite 80s icon and act out your favourite video/s on stage with your friends.

Want to push it – push it good? Going to Walk like an Egyptian? You can! Tickets are $17.50 pp and available now from www.stickytickets.com.au/34653. 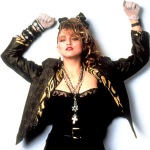 There is a bar selling wine, beer and hot & cold snacks, with the great crew from Oxenford State School P&C Association in charge.

All proceeds from this event go 100% to three charities/orgs – Helensvale Joey Scouts and the Helensvale Cubs special events, Rosies – Friends on the Street: Gold Coast Branch and Mahboba’s Promise.

I love helping charities and not-for-profits. I am a fundraiser by day and a community do-gooder by night. I often get caught up in great charitable projects and fundraisers, of which I attempt to encourage (some call this spam) others to get involved - hence the name charityspam! My background is in corporate social responsibility and marketing, and I work as a fundraiser/consultant for Social Money Solutions www.socialmoney.com.au ENJOY! Please subscribe and help spread the word!
View all posts by charityspam →
This entry was posted in Brisbane Events, Community, Homelessness, Pay it forward, Uncategorized and tagged Back to the 80s, Dominique Lummus, Gold Coast 80s disco, Helensvale, Helensvale Joe scouts, Mahboba's Promise, Oxenford, Rosies friends on the street, Singalong. Bookmark the permalink.